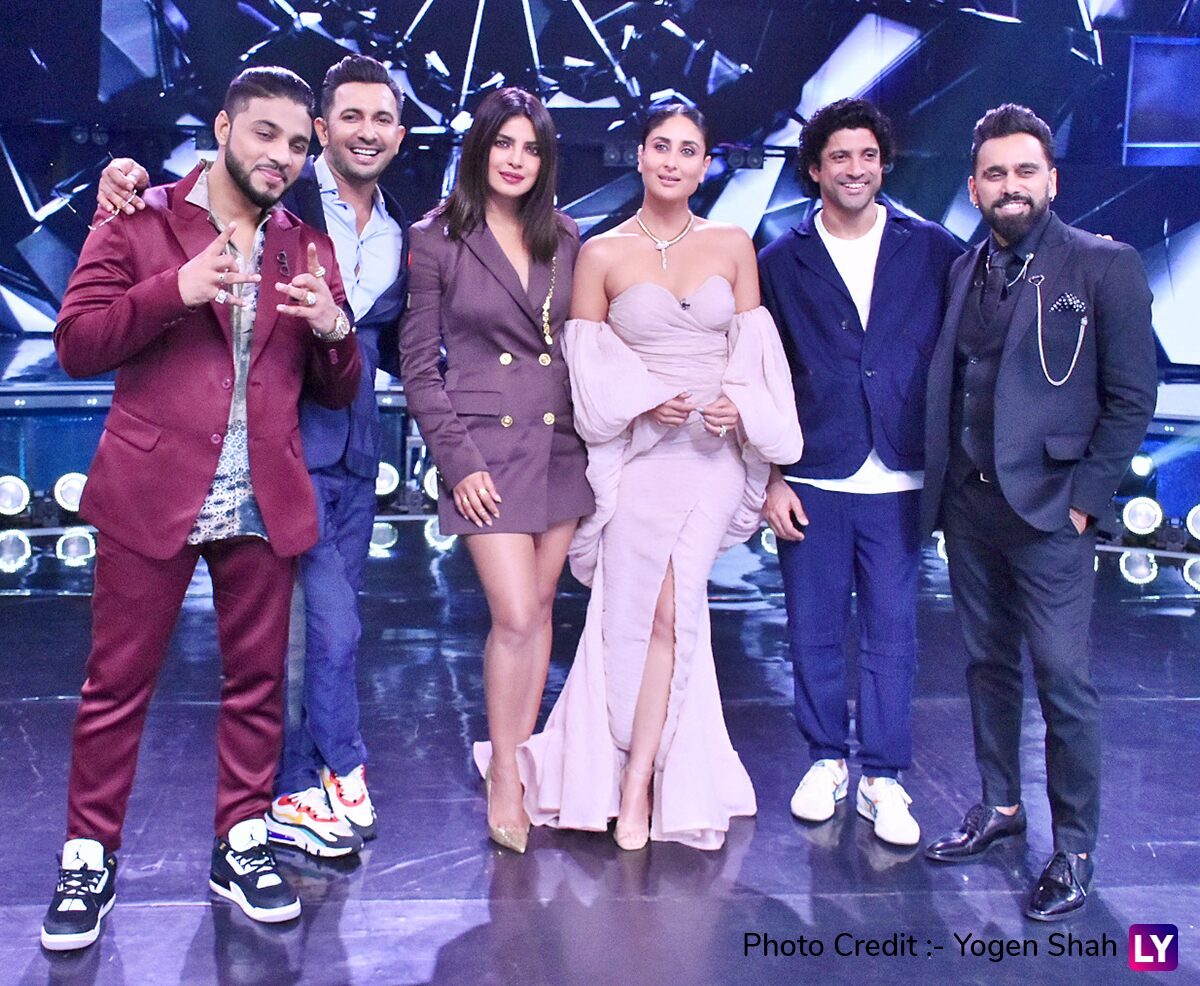 Priyanka Chopra and Kareena Kapoor Khan groove to Aaj Ki Raat and is a MUST SEE!

Priyanka Chopra and Kareena Kapoor grooved to Priyanka’s hit song Aaj Ki Raat from Don (2016). The queens were seen matching steps during the shoot and we just can’t wait to see the final episode!

Priyanka Chopra is unstoppable! And especially now as she is back in the bay to promote her upcoming release The Sky Is Pink. The actress who was missed on the big screen was away for a while during which she also became Priyanka Chopra Jonas but she is back in action again and how. Needless to say, the promotional spree is on with full force. In fact, Priyanka recently visited the sets of Kareena Kapoor Khan’s Dance India Dance 7 and it was something. The divas who had last come together when they shared the couch on Koffee With Karan 6’s season finale and like that one episode, we can’t wait for this episode of DID to air!

Priyanka Chopra took to Instagram herself to share that she had a face-off with Kareena Kapoor Khan and wrote, “Our kind of face off… Thank you #DanceIndiaDance for having us… so much fun with your talented contestants &… judges ? See you soon #KareenaKapoorKhan @terence_here @boscomartis @raftaarmusic #TheSkyIsPink in theatres on Oct 11.” Check out the picture and video she posted here.

Talking about The Sky Is Pink, Priyanka will be seen alongside Farhan Akhtar. The movie also features Zaira Wasim and Rohit Saraf. The Sky Is Pink is bankrolled by Ronnie Screwvala’s RSVP and Siddharth Roy Kapur’s Roy Kapur Films. Priyanka Chopra is also a co-producer on the film which is slated to release on October 11.

Sara Ali Khan’s THIS gym attire is a misfit!

‘Joker’: Joaquin Phoenix starrer to release in India on October 2

Aishwarya Rai Bachchan’s look from Maleficent: Mistress of Evil has a French connection

Sooryavanshi and ’83 to get a proper theatrical release; would NOT go the direct-to-OTT way