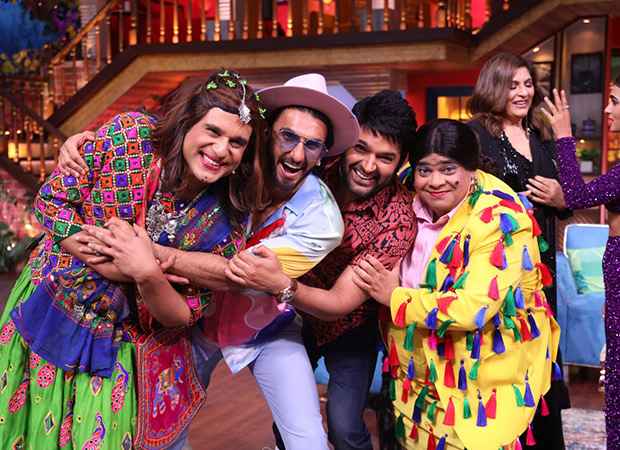 A “Jordar, Jabardast and Bahu Saras” Sunday awaits you as the cast of the upcoming comedy-drama, Jayeshbhai Jordaar – Ranveer Singh and Shalini Pandey will be gracing the sets of Sony Entertainment Television’s The Kapil Sharma Show.

Watch on as Ranveer Singh enters the sets and charges up the atmosphere with his electrifying persona with fans cheering “Ranveer Ranveer!” The inventive actor’s charm sweeps Kapil off his feet quite literally as he lifts him up and embraces him in a big hug. The actor would also be seen flaunting his lingual game as he imitates well-known personalities from the industry and show off his awesome dance skills, first dancing to ‘Ram Chahe Leela‘ with Kiku Sharda as Bumper and then to ‘Dholida‘ with his fans.

Not only that but Shalini, who is a prolific actress, will be showing off her singing skills with ‘Mai Pareshaan‘. Furthermore, host Kapil Sharma would be engaging the duo in a fun game of ‘Guess the Name’ as they guess the names of Gujarati snacks.

EXCLUSIVE: Suniel Shetty REVEALS how he helped in...