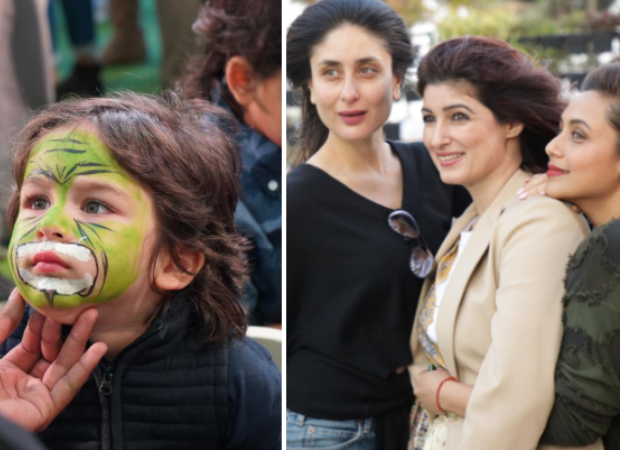 Karan Johar’s twin bundle of joys, Yash and Roohi Johar turned three today and the filmmaker is on cloud nine. The director had recently organised a pre-birthday bash for his kids before their actual birthday and the kids of who’s who of the Bollywood made their presence felt at the party. While pictures and videos of the kids having the time of their life were doing the rounds on the social media, we got our hands on a picture of three stunning actresses together and needless to say it is a sight for the sore eyes.

In the picture, Kareena Kapoor Khan, Twinkle Khanna and Rani Mukerji are seen sharing the frame. While Kareena looked stunning as ever in her black top and blue jeans, Twinkle looked her elegant self in her beige coat. Rani, on the other hand, looked beautiful in black and olive green top. The Divas of Bollywood were all smiles for the picture. Kareena had accompanied her son Taimur Ali Khan, Twinkle got her daughter Nitara and Rani came in with her doll Adira.

Meanwhile, on the work front, Rani was last seen in the second instalment of her popular cop drama, Twinkle is busy with her production works.

Kareena, on the other hand, will next be seen in ‘Angrezi Medium’ co-starring Irrfan Khan in the lead role. Apart from this, she is also a part of Karan Johar’s period drama, ‘Takht’.

EXCLUSIVE: Theatrical trailer of Akshay Kumar’s Prithviraj to be out on May 9 at a GRAND event at YRF Studios

SCOOP: Sooryavanshi to be POSTPONED amid Coronavirus pandemic,...